The occasion of our Yeshiva’s 30th anniversary is not limited to marking an important milestone in the growth of our institution, but it is also a celebration of 30 years of our community’s absorbing and imbibing the Torah and Mussar of our Rebbe, the late, great Chofetz Chaim Rosh Yeshiva, HaGaon HaRav Henach Leibowitz, zt’l. His students have shared his teachings that are a continuation of the legacy of two spiritual giants of the Mussar Movement – Rav Yisrael Salanter and Rav Nosson Tzvi Finkel, the Alter of Slabodka.

The emphasis of these great men’s teaching is illuminating the Torah’s lessons on the refinement of the individual’s midos and the primacy of good character in man’s quest for spiritual perfection. A classic example can be found in this week’s Parsha in the incident of Pharoah expelling Moshe and Aharon from the palace. (Shemos 10:11) This occurred after Moshe and Aharon warned Pharoah of the impending plague of locusts and left the palace. What happened next, according to the Riva, one of the Baalei HaTosfos, (as explained by Rabbi Elyakim Rosenblatt, shlita) was that Pharoah’s servants became nervous and frightened and pressured Pharoah to call Moshe and Aharon back for further negotiations. Pharoah sent a messenger to invite them back for additional talks. The talks stalled, Moshe and Aharon tarried in Pharoah’s presence until Pharoah had them driven out forcefully.

The Rosh HaYeshiva, Rav Leibowitz, zt’l, finds the behavior of Moshe and Aharon mystifying. They opened themselves up to personal humiliation and embarrassment, and worse, as representatives of Hashem Himself, their humiliation caused a Chillul Hashem (desecration of Hashem’s name). Shouldn’t they have avoided this massive Chillul Hashem by overlooking a mere precept of Derech Eretz and walk out on Pharoah?

What a lesson in the importance of being a mentsch! Many people mistakenly think acting with Derech Eretz is not essential or fundamental to being a Torah Jew. They feel it is not Halacha and can be taken lightly. We see from Moshe and Aharon how untrue that is. They taught us it is preferable to choose embarrassment and the diminution of their reputation and even possibly of Hashem’s honor rather than violate the severe transgression of acting without Derech Eretz.

It behooves all of us, who have the distinct privilege of being Hashem’s representatives, to realize that by being Baalei Derech Eretz – polite, courteous and respectful – we will enhance the honor of Hashem.This selfsame lesson must be the foundation of everything that we teach our children – at home, in school and in between, that Derech Eretz Kadma L’Torah – before one can acquire Torah, one must be a mentsch!This is the legacy that guides and directs us, and may it continue BE’H to be the Hashkafa (worldview) that informs our efforts in raising generations of students who not only are proud to be a part of the Jewish people, but who the Jewish people will be proud to count among its finest.

Best wishes for a wonderful Shabbos, 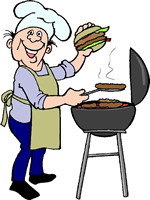