One who acts inappropriately and then hides that behavior from others is usually viewed as having a double standard. Chazal point out that an armed robber, one who steals in broad daylight, shows he is neither afraid of man nor G-d.    A thief, who acts stealthily, is considered even lowlier because he demonstrates that while he fears being caught by people he shows he has no fear of Hashem.  If he did fear Hashem, he wouldn’t act that way, publicly or privately, no matter what the situation.

…when they became Bar Mitzvah age, Esav became a man of the field and a hunter.In this week’s Parsha, we see this issue from an interestingly different perspective. The Pasuk (Bereishis 28:27) tells us that Yaakov and Esav

grew up –Vayigdalu – the two of them grew up similarly, until they became Bar Mitzvah age. Then Esav became a man of the field and a hunter, meaning he became deceitful and cruel.  Rashi adds that Esav went in the path of Avodah Zara, idolatry.  Esav had become wicked at the age of 13.

The Sifsei Chachomim, super-commentary on Rashi , questions this fact.  Based on a comment of Rashi three pesukim later, it’s clear that the incident of Esav selling the birthright took place when Yaakov and Esav were 15, on the day of Avraham Avinu’s death. The Medrash (Bereishis Rabbah 63:11) tells us   Avraham’s death at age 175 was 5 years earlier than originally destined, “so that he would not witness his grandson Esav, go off the proper path.”  The question is, asks the Sifsei Chachamim, hadn’t Esav already gone off the proper path two years earlier, when he was 13, as the Torah just indicated three pesukim earlier?

The Sifsei Chachomim answers that during the ages of 13 to 15 Esav acted improperly in private but maintained a public façade of piety.  When he reached the age of 15 he continued committing the same crimes, but now publicly.  It seems from the Sifsei that Avraham already knew, but by committing the acts in public, Esav brought his deplorable behavior to a whole new level.  Since Esav’s public demonstration of criminal behavior would be so much more devastating to Avraham, Hashem hastened Avraham’s demise to spare him the pain and humiliation of experiencing Esav’s public behavior

A person who acts inappropriately in public shows there are really no restraints on him.The nature of Esav’s aveiros were the same throughout these years of his adulthood, but the manner in which he committed those misdeeds, was the catalyst for hastening Avraham’s death. Avraham knew that Esav was committing Aveiros at age 13 and 14, but he bore that.  He wouldn’t be able to withstand it once Esav acted in public. 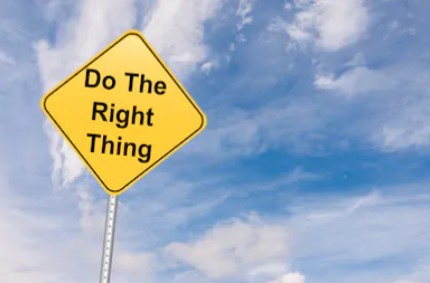 It’s an important message to bear in mind. On the one hand we need to be mindful to be tocho k’voro, genuine and ethical inside and out and that concealing our behavior from others may be phony, hypocritical and a demonstration of lack of fear of G-d. On the other hand, being publically inappropriate, flaunting our misbehaviors is that much worse.  A person who acts badly in public shows there are really no restraints on him. He is capable of doing whatever he feels like, whatever his passions or moods dictate, and nothing will hold him back.

One who acts inappropriately in private, but still has a sense of ‘company behavior’, of being on his ‘best behavior’ when in public, rather than being a phony may be demonstrating that there are things that keep him from conducting himself in a manner that is Hefker – wanton and reckless.  He can be self- controlled. It is possible he wishes to maintain a reputation of being an upstanding citizen. He shows he has a sense of right and wrong and he may correct himself at some point. Knowing the appropriate way to behave in public is a big step to improving what may need fixing on the inside.  Externals do inspire the internal.

We should never be afraid to climb a step higher…We all need to gain a sense of modesty and privacy and a concern about our reputation.  This is difficult in our times of social media when people are sharing everything about their lives with hundreds of ‘friends’. This idea is especially important for children. It is also challenging to the adults. They look to us for modeling and guidance.  We need to maintain a balance between always trying to do the right thing because it’s what Hashem is asking from us, with an awareness that if we do happen to mess up, we want to keep it private.  It shouldn’t define us and become our reputation.  All people, especially children will lose self-restraint if they view themselves as unworthy.  Preserving a public appearance of being upright and proper leads to greater efforts to maintain and build such a reputation.

We should teach our children to beware of justifying all manner of inappropriate public behavior because “that’s just the way I am” or “I don’t want to be inconsistent or a hypocrite.” We should never be afraid to climb a step higher, a step closer to Kedusha and Hashem.  Don’t let the naysayers knock us down with cynical comments such as “you’re not that frum,” or “look who’s becoming a Rabbi (Rebbitzen)!”  We have so much more to accomplish. Help yourself and your children reach for the stars.

Best wishes for a wonderful Shabbos,