The Blessing of Effort

With the excitement and promise that a new school year brings, parents and teachers look for a key to success for their children. What midah or skill can be developed and strengthened that will make a real difference in the year and years ahead. Is there some quality that with it one can be assured of success, but without it, success will remain elusive?

What is this midah that Rabbeinu Bachye has identified? It is the midah of zerizus, alacrity and its opposite, atzlus – laziness. He compares the work a person needs to do to improve and elevate himself in both the physical and spiritual realm, to that of a farmer preparing his land, tilling the soil, planting and nurturing his crops. If he works with zeal and energy, the land will yield a bountiful crop. If he slacks off and fails to attend to the needs of the field, he will end the season with little if anything to show for himself. 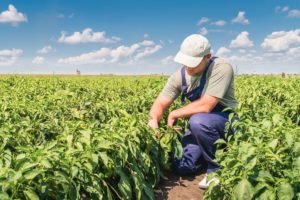 The same holds true for a person. Just like the field, a person who does not work on himself, attend to his health, nutrition and environment on the one hand, and his spirituality, midos tovos and sanctity on the other, will lead a failed life, in this world and the next. However, one who focuses his energies on constantly and consistently looking after both aspects, his physical and spiritual reality, will be successful in both worlds.

Children who are brought up to attend to challenges head on and in a timely fashion will achieve success to a degree way beyond the child who shirks responsibilities, does not expend effort in his studies and in general is allowed to take the easy way out. As school responsibilities begin anew, what better time can there be than now to encourage the children to put forth great effort in their schoolwork, take real responsibility for their belongings, and make a conscious effort to show kindness and sensitivity to their friends.

There is another point Rabbeinu Bachye makes, which is especially relevant to parents. The farmer adjusts the amount of effort he puts into his fields, based upon the quality of the soil and its ability to produce an abundant crop. He works extremely hard with a poor quality field and less so with verdant, fertile ground. The amount of effort one must expend on his children’s development, also varies with each child. The parent and teacher must have a keen understanding of each child’s temperament and abilities and focus the intensity of their efforts accordingly.

May the coming school year and beyond bring much success. The efforts the children expend will bring them success and the `effort muscles’ they strengthen will bring greater successes throughout their lives, IY’H.