The Torah recounts the Blessings and Curses that the Jewish People received as they were about to enter Eretz Yisrael. Among the 11 curses is “Arur Makeh Reaihu Basoser.” (Devarim 27:24) “Cursed is the one who strikes his fellow in secret.” Rashi states this is a reference to Lashon Hara. Speaking ill of
another behind his back is “striking another secretly.”

Speaking ill of another behind his back is “striking another secretly”.In discussing the underlying reason why people speak Lashon Hara, Rabbi Shlomo Yonoson Harris, Shlita quotes Rav Chaim Shmuelevitz zt’l (Sichos Mussar 5731, Maamar 22) who highlights the punishment received by the spies when they spoke negatively of Eretz Yisrael. Because they toured the land for 40 days and then spoke Lashon Hara about the land, they and the Jewish People were punished with 40 years of wandering in the desert. A year of exile for each day of spying. The question Rav Shmuelevitz asks is: The act of speaking Lashon Hara was an event that took place on one day. What do the 40 days have to do with it? 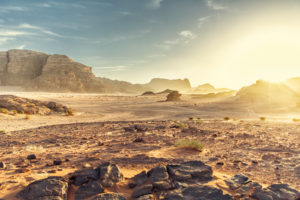 Rav Shmuelevitz explained that the one act of speaking negatively was the culmination of 40 days of cynicism, negativity and fault finding. Before a person opens his mouth to say something bad about others or even about things, he has been cultivating an internal attitude of negativity. When observing people, events and objects, he consistently finds the flaws. He doesn’t notice the good in a situation, he sees the shortcomings, that which is less than perfect, and that dominates his thinking. Those negative thoughts then leave his mouth as words of Lashon Hora.

Rabbeinu Yonah (Shaarei Teshuva – Shaar Gimel Os 217) recounts a story of two people who pass by a decaying animal carcass. One comments on the foul smell surrounding the animal, the other, who is called a “Chacham,” points out the whiteness of the animal’s teeth. He’s called a Chacham, because it is wise to notice the good. It is the fool who only sees the bad. (Mishlei 14:9-10) The Chacham is not oblivious to the terrible odor emanating from the animal, but he chooses to focus on the good that he can find.

While nature plays a role, it is certainly possible to cultivate a culture of positivity.People come in different shapes and sizes with differing outlooks and attitudes. We all know people who seem to be constantly upbeat, positive and cheery, irrespective of what’s going on in their lives. Others can be counted on for cynical, pessimistic observations about anyone and anything that is around them. They deflate the atmosphere of any setting they’re in, and chances are, they accomplish less in life, have fewer friends and are probably quite miserable in general. 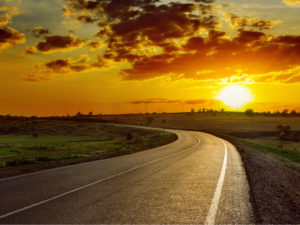 Where do our children fit in? What determines if they will become happy, upbeat adults, or the cynical, negative type, who always sees the cup as half empty? While nature plays a role, it is certainly possible to cultivate a culture of positivity. We parents can train ourselves to find something good in every situation and share that observation with our children. It may be that the one with the sharp, cutting comment that elicits laughs from the crowd feels good for the moment, but if we stop to consider how it may be shaping our children into cynical, pessimistic personalities, we will think twice before
commenting.

There is no such thing as a compelling reason to be negative.Our children’s worldview and self-view are formed from the environment in which they grow up. Parents are the main influence in that environment. We have the power to be role models of positivity, no matter where our mindset is presently. We can work together with our children to identify something good in even the worst situation. Our car breaks down at sunset on a country road at the beginning of the family vacation. At least it’s not raining! Maybe the air-conditioning is still working? At least the cellphone works!

There is no such thing as a compelling reason to be negative – there are challenges, and it’s up to us to realize how great the benefit is, for us and our children, if we lean to the side of positivity. Being positive can earn one the title of “Chacham”. It will help minimize the amount of Lashon Hara we mightsay or believe. Ultimately, it will produce happy children who will have the deeply embedded ability to look life’s challenges in the eye, and maintain their Simchas HaChaim.

Have a wonderful Shabbos,

PrevPreviousIt’s Not What You Say….
NextRespect It To Get ItNext